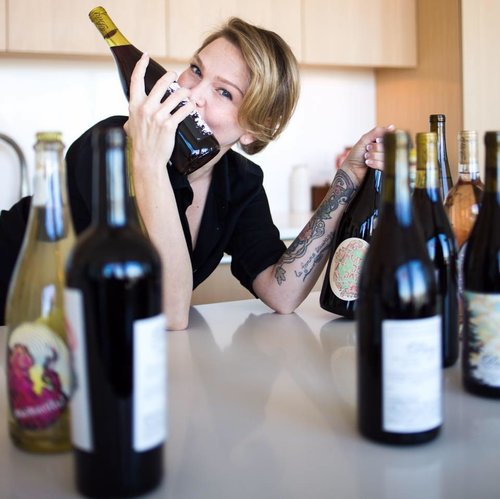 Brianne Day makes Windham Wines’ customer-friends favorite domestic rosé, the Babycheeks, a blend of Malbec, Cabernet Franc and Tannat from southern Oregon’s Applegate Valley. Windham Wines receives the lion’s share of the state’s allocation (well, almost all of it, but that still amounts to only 4-5 cases) and we run out within weeks. We spoke to Brianne and know that the wine was just bottled two weeks ago. It will start its journey here in another week. We will also taste her Hock and Deuce, a syrah-viognier blend modeled after those much more expensive Northern Rhones. Brianne writes that “we source from outstanding organic and biodynamic vineyards to create distinct expressions of our corner of the world.” This will be a fun finale to our first virtual tasting season.